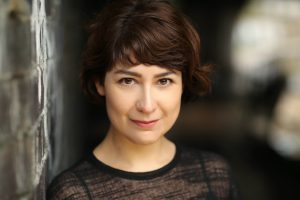 In the first of our new series of monthly PlayMaker spotlights, we sat down with new Associate Artist, Jennifer Jackson, to find out more about her work, her practice, and what’s on her agenda as she spends the next twelve months as a supported artist.

What’s your relationship with Box of Tricks. Have you worked with them before or seen their work?

I have followed the work of Box of Tricks for some time as a company championing new writing. As an artist who has worked with new writing companies over the last few years, I knew they were doing great work for the writing community, but became aware of their importance in the North West after moving to Manchester. I had worked with Max Emmerson when we were both at The Royal Exchange, but I haven’t made any work yet with Hannah or Adam.

I am a movement director, theatre maker and actor. I would describe by practice as multi disciplinary, and I make work across theatre, film, TV and digital forms. I trained at East 15, and have been influenced by practitioners who work in dance, live art, new writing, classical theatre, contemporary theatre practice, devising, and puppetry.

In 2020, I received a Jerwood New Work Award for a body of work titled TAKE SPACE. This work is an examination of the ways that women and girls use space, my relationship to the UK, and the duality of living between races and cultures. There are 3 shows in development, which interrogate what women and girls are permitted to do with their bodies. These include ENDURANCE (a new solo work), WRESTLELADSWRESTLE (a piece for myself and a 30 strong girl gang), and Thank Heaven for Little Grrrls (a performance with a cast of girls aged 8-12 years old).

As a Movement Director, I work with directors and actors to find a visual and physical language for performance. I sometimes describe it as a visual dramaturgy. It can about the actor’s storytelling body. It is sometimes about choreography. It sometimes about the pictures that we are making in the space. It’s really a making skill, and I love the process of making work, of exploration and of play. I tend to improvise a lot, and then from that draw the elements into something that serves the play. Recently, I was the movement director on Coventry Moves, the opening ceremony for City of Culture. In this case, the scale of the event included large scale outdoor work, films, processions, and countless performers- very different to the work I have made for companies such as Paines Plough. I suppose what I am reaching for, is that each project is different, and that is a beautiful thing as a creative, to be able to apply yourself and your practice in a myriad of ways.

I love the challenge of making art. It’s not easy. It’s sometimes a bit painful, but it’s often really exciting. I feel very blessed to be able to earn a living from this work. Having said that, it is very very difficult being a freelancer, and I do sometimes miss the security of regular work. I have to weigh that up with being able to do thing I love for my job.

As an artist, I am interested in the ways we use our bodies to communicate, and the stories that our bodies tell. Bodies can communicate on such a deep, unspoken level, and it is aways an honour move with people as part of my practice. No job is the same, and  encountering different challenges means I am in a place of perpetual development, or at least I hope I am.

The inequities of our industry were laid bare during the pandemic. They were there all along, but when theatre stopped, we could fully see the cracks and how fragile the whole system is.

Things I want to see happen (and this list is not exhaustive), anti racism work as a non negotiable, accessibility, rates of pay reflecting the actual work, sustainability for artists, proper crediting, hiring procedures being more transparent, power imbalances between freelancers and organisations being addressed, proper paid training opportunities, gatekeepers and programmers casting their nets wider, the industry becoming less London-centric, boards of organisations being evaluated and getting better representation. There are many more, things that feel beyond my control (like getting a Universal Basic Income), but addressing some of these would help to change a culture that excludes many. Companies like Box of Tricks creating associate roles and looking at developing artists in all fields of our industry is a hugely positive step, and I look forward to seeing this sort of initiative happening more.

For movement directors, we would benefit from being able to assist, or have the opportunity to have an assistant, shadowing on projects, coaching, networking, mentoring, and stronger relationships with producers. I would like to see the artistry of movement directors recognised, it is an art form which is often the glue of a process and rehearsal room.

Ask to assist people who’s work you admire. Develop your practice. Watch work, in all media, what are the movement choices the artists have been making. See as much art as you can, take class, watch people on public transport, notice how people interact in different settings, read books on the body, and neuroscience and politics. Just develop your practice. Then the industry stuff, well that’s less simple, I think its abut writing to people you want to work with, and inviting them to see your work. Document your work if you can, so you have it as an asset.  Go to Movespace meetings, join the Movement Directors Association, and look at the work of the Dance Freelance Task Force. Keep an eye out on OpenHire, there’s been a lot of activity there for movement directors.

What projects have you got lined up and what are you getting excited about in the next 12 months?

I have been making a show called ENDURANCE, which is on at HOME Manchester from 7-9 October (PUSH Festival), then 3-13 November at BAC.  It’s a new work which explores colonial legacies through the prism of the Bolivian/Aymaran warrior Bartolina Sisa and modern day women who are out-performing men at ultra marathon running. I want to know how we carry on when things get really hard? In a blend of dance, theatre, new writing, and an attempt at a sports spectacle, Endurance looks at how we endure, and how women can make their innate propensity for endurance work in their favour to tip the balance of power.  Do come, I would love to talk to you in the bar after and see what you think.

I am also movement directing The Mountaintop, which opens 25 September at The Royal Exchange. I am working with Roy Alexander Weise, on a re-staging of this piece, after we made it for the JMK Prize at The Young Vic in 2016 (and its subsequent tour). The play has a more urgent resonance in 2021, and it’s been an honour to tackle it again in such an iconic theatre space.

The last thing, is that I am super excited to get started with Box of Tricks and the other associates on this programme, and I am thrilled that I get to do this work in the city where I live. So, I am looking forward to meeting more local movement directors, and seeing how writers can work with movement directors at an earlier stage in the development process, amongst lots of other ideas still percolating.

For more info on my work: https://www.jenniferjackson.net 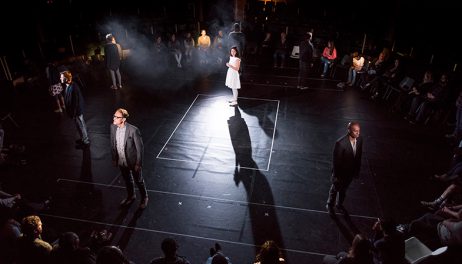 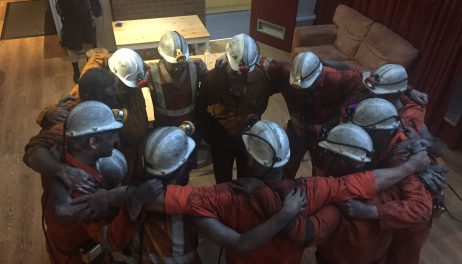 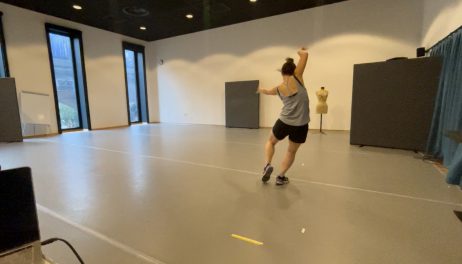 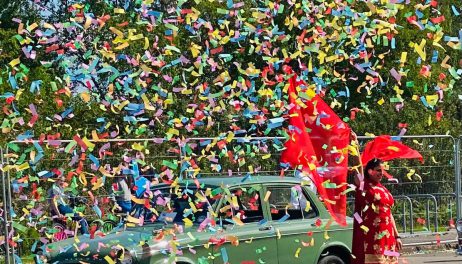 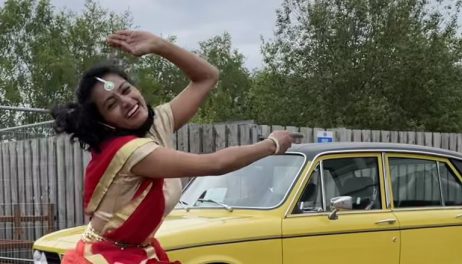 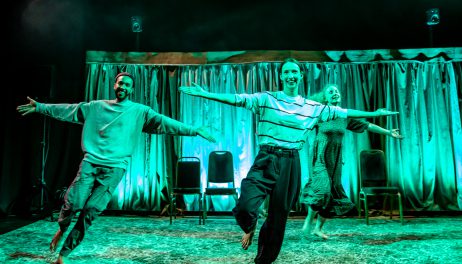