1. If you were lost at sea with only one song, what would you choose?

‘Shipbuilding’ by Elvis Costello, but Robert Wyatt’s version. The vocal is so honest and haunting. The song stops me in my tracks and gets me thinking every time. There’s so much depth in the lyrics: so much history and poetry simply expressed.

2. You take one photograph to pin up next to your bunk, what would it be?

Part of my family come from a little island community called Vikdal, quite far north in Norway. We still have a summer house there. It’s a place with good childhood memories and when things are busy it’s somewhere I long to go back to. I’d love to make a record out there.

3. You have a copy of one poem to see you through the storms, what would it be?

Liverpool Disappears for a Billionth of a Second by Paul Farley

Shorter than the blink inside a blink

the National Grid will sometimes make, when you’ll

turn to a room and say: Was that just me?

their chairs taken away/put back again

much faster than that trick with tablecloths.

shudders, but not a single passenger

complains when it pulls in almost on time.

The birds feel it, though, and if you see

cathedral ledges, or a mob of pigeons

lifting from a square as at gunfire,

be warned, it may be happening, but then

those sensitive to bat-squeak in the backs

of necks, who claim to hear the distant roar

of comets on the turn – these may well smile

at a world restored, in one piece; though each place

what hit it: all that sandstone out to sea

or meshed into the quarters of Cologne.

I’ve felt it a few times when I’ve gone home,

and the gaps between get shorter all the time. 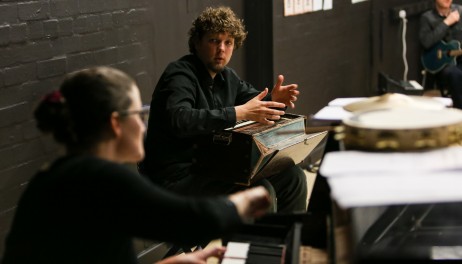 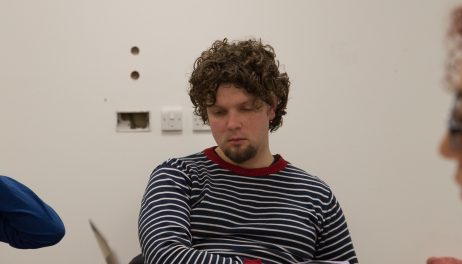