Introducing our Foot in the Door placement, Paul Holliday 25/06/2015

Over the past few weeks, we’ve had the pleasure of working with writer/performer Paul Holliday during his Foot in the Door placement with Box of Tricks. Here’s the man himself, in his own words…

My name is Paul Holliday and I am a writer/performer from Liverpool, currently living in Salford where I have been attending Salford University, studying Drama & Theatre. Alongside acting, I have been studying writing at the same time, one of my favourite writers is Jimmy McGovern, though he is a Television writer, another is also Chris Urch as I very much loved his play The Rolling Stone and feel he is an up and coming writer with a long career ahead of him. My favourite type of Theatre tends to be a two-person play with minimal set, as it makes me go into a Theatre space wondering how they’re going to entertain for me one to two hours, and coming out not wanting it to end. This is why I am in the early stages of setting up my own theatre company, as I wish to write for theatre as a freelance writer, but also continue to perform myself, as I am an actor at heart.

During my time at University I have produced, written, directed and acted in two plays, and created a short fifteen minute film on homelessness. I am also a part of the Young Leaders programme at the Royal Exchange Theatre, specialising in producing and facilitating skills, leading to me comparing two SFX launch nights within the theatre itself. I am a part of the Lowry studio membership, and I am currently working on the 24:7 Foot In The Door scheme which is how I managed to gain a work placement with Box of Tricks Theatre Company.

Whilst with Box of Tricks I hope to gain valuable experience at what it takes to run a Theatre Company, as well as work for a professional one, seeing what happens behind the production, the set-up. I also wish to further my knowledge on the audition process, as I have only ever been on the other side (i.e the actor’s). Box of Tricks also champion new writing/writers, and so I would also like to possibly receive some mentoring on being a writer, to learn more about their process, of which writers they wish to work with, and some insight into what the industry is looking for in terms of new writing. I hope that by the end of the placement I will come out as somebody they would like to work with in the future, and to also be pushing in the right direction of being a professional/employable standard within the industry. 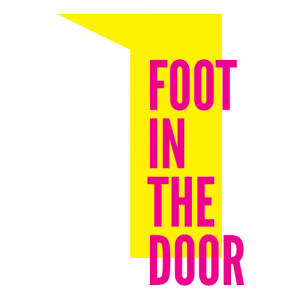 Foot In The Door 2015 – run by 24:7 Theatre Arts is a professional development programme designed specifically to offer young people hands on experience and training within the creative industries, funded by Arts Council England. Participants in the scheme will develop key skills and qualities appropriate to working as a freelancer in arts marketing, event promotion, theatre production and project management. They will receive a tailor-made placement in line with their personal aspirations and the support to develop the strengths they will need for the future. www.247theatrefestival.co.uk/foot-in-the-door