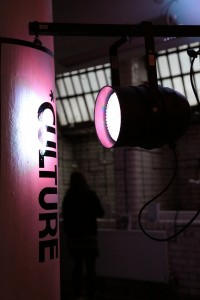 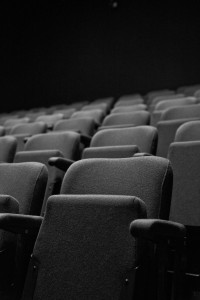 [Originally written for the Lowry Blog ahead of our performances of Plastic Figurines in the Studio on 6th and 7th May. Tickets: www.thelowry.com/event/plastic-figurines.]

Tony Wilson was right. We do do things differently round here. Manchester music has dominated people’s perceptions of the city’s culture for decades and overshadowed the world of theatre. But now our theatre scene is making itself heard, there are myriad reasons to be cheerful about the work being made on our Northern stages.

Three years ago, my theatre company Box of Tricks upped sticks from that there London and made Manchester our home. We haven’t looked back. Moving to the greatest city in the world was the best thing we ever did. The North West is an incredibly supportive place to make work, a hotbed for creative talent where we’ve been welcomed with open arms by a community that looks after one another and celebrates its collective successes.

We came here at a time when it felt like the city was on the cusp of a wave. Now, it’s high tide for theatre made in Greater Manchester (I know: enough of the strained sea metaphors!) Here are just a few reasons to be cheerful…

HOME opens in a matter of weeks, headed up by Walter Meierjohann and a team with a vision to create innovative theatre in Manchester. The opening season marks a sea change for Manchester audiences with its big, bold, imaginative programme.

Sarah Frankcom has taken sole charge of Royal Exchange and has pinned her colours to the mast by supporting young directors, new writing and female talent. And Associate Artistic Director Matthew Xia heads up Open Exchange, a network supporting emerging theatremakers in the city.

Steered by a collective of theatremakers, there are plans afoot to found a new theatre space between the fringe and main houses – Gap Theatre – that supports new writing in the North West. This promises to transform the landscape and provide a crucible for theatrical alchemy. After a successful Arts Council bid, keep your eyes peeled for an announcement about their launch event.

After ten years of staging quality new plays in Manchester, our new writing compadres Monkeywood are celebrated with a Manchester Theatre Award Stage Door Foundation Award for Excellence and have become an Associate Company at the Lowry. Expect big things ahead.

In fact, there is a glut of talented local theatre companies and theatremakers making waves. Too many to mention really; the city is awash with new talent. Watch out for Square Peg, Kill the Beast, Fiddy West, Ransack, What a Little Bird Told Me, Assembled Junk, House of Orphans, to name but a few. And of course, that stalwart of the short play format – JB Shorts – continues to bring us pint-sized plays with a pint in hand.

David Slack wins a Special Achievement Award at the Manchester Theatre Awards for delivering 10 years of 24:7 Theatre Festival, a platform for local emerging talent. Despite losing their core funding, this year’s festival has received project funding from the Arts Council for a weekend celebration at the end of July.

Matthew Eames and Claire Symonds have made the Lowry Studio a home for local and touring talent. The new Lowry Studio Members Scheme encourages young creatives in Manchester and Salford by offering invaluable opportunities to build a career in the North West.

A new(ish) Artistic Director at Contact Theatre, Matt Fenton, is ensuring that young people are engaging with the arts and Z-Arts over in Hulme, under the leadership of Liz O’Neill, has become a home for children’s theatre.

The Future, living up to its name, is an umbrella collective offering producing support to the city’s thriving contemporary theatre scene and offering up a menu of theatre that pushes the envelope.

Direct North, a network for theatre directors, continues to deliver quality masterclasses and events as well as opportunities such as the annual JMK Leverhulme Bursary to assist on a classic play at a major theatre.

Under James Baker, the Kings Arms has raised the bar for high quality fringe theatre above a pub in Salford.

Producers Network NW is helping producers find their feet in an industry where it is easy to lose your way. Likewise, Creative Industries Trafford is providing events and opportunities for emerging professionals in the industry. Read Lyn Gardner’s response to their recent event – The Future of Manchester Fringe Theatre – about the changing face of Manchester theatre: Fringe theatre? There’s no such thing.

New spaces are cropping up all the time and the city is flooded with creative talent. There is meaningful investment in new theatres and cultural activity, including the bravura biennial Manchester International Festival – returning this Summer – that shines a spotlight on the city for all the world to see.

It feels like a special time for theatre in Manchester. So many reasons to be cheerful. The dawning of a new era, so let’s seize the day and ride the wave (…sorry!)

The past is yours but the future’s ours. 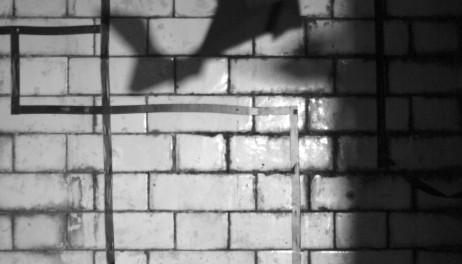