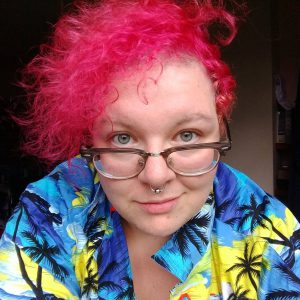 The first PlayMakers Spotlight of 2022 sees us catch up with joint winner of our inaugural Screen/Play Award, Conway McDermott, ahead of a rehearsed reading of their brand-new play The Priestess as part of our day of sharings at HOME MCR on 5 Feb.

What’s your relationship with Box of Tricks. Have you worked with them before or seen their work?

I’d had very little contact with Box of Tricks before applying!  I’d attended a Q&A by Hannah, where she’d talked about the development process for Narvik – which sounded amazing to me, and years late I emailed them out of the blue, to introduce myself and show them some of my work… right at the beginning of the first year of covid, when the whole world of theatre took a beautiful nosedive to the bottom of the ocean to sleep!

I did get a lovely email back from Hannah offering to read more of my work (which I absolutely never sent!) and suggesting that I keep an eye on their upcoming schemes to help Northern Writers (which worked out quite well for me!).

I just spaff it all out, basically.

I used to say I write like I’m running away from something, meaning that I tend to do it in big manic sprints, which are mad and spiralling and over-full of ideas and massively lacking in structure or sense and I have to fix them all later.

Collaborating and outside voices are really important to me, because left to my own devices I could redraft anything I’ve written out of existence entirely.  As I get older and tireder, I’ve found I plan a little more, and feeling out story structure is slowly becoming more natural to me, but I still regularly forget that actually writing is just hard, and I’m always unpleasantly surprised when they’re difficult.

What I really love is the collaborative process that you get from making something.  I know people who are proper one man bands, and who write, act in, and direct their own shows – which is extremely impressive to me (and smart because you can put the show on all three of your CV’s!) – but I don’t think I’m capable of the self awareness required to work like that and know that what I’m putting out is actually good.

Whereas if I’m developing a project with a director and an actor and a producer and a whole group of people who have their own creative visions and ideas and perspectives, then I get to be part of a transformative process which elevates any work that I’ve made beyond just what I made it.  At its best, working in the creative industries is Alchemy, you get to watch brilliant people turn lead into gold.

Most of those insanely talented people turning lead into gold aren’t getting paid enough to live on.

When I used to describe my process as ‘write like you’re running away from something’, the thing I was running from was the fear that I had no future.  When I first emailed Box of Tricks I was 31 and still paying keep to my mum and dad.  I had no savings, had never worked a job that wasn’t minimum wage in retail and hospitality.  I felt like I was pouring all my time, energy and money into an industry that held me in contempt, and I absolutely consider myself one of the lucky ones.

I might not have been from the kind of family that had industry contacts, or could support me through unpaid internships or a masters, but I was from a family who let me live with them for ten years of wasting my adult life with no visible escape.

Without that – There’s a lot of free training out there, but would I have had the time or money to attend it?   A lot of the work you need to do to get yourself known and doors to open is either unpaid, or paid so meagrely that you’ll spend your entire fee – and some of your own money on top – on costumes or sets.   I could justify working on these projects because my rent was next to nothing, I could justify not taking all the hours god sent at my retail job – because I could ultimately afford to scrape by on nothing.  I could afford to have no money and invest unpaid time in my work because my parents weren’t private landlords ready to fuck me over at any second.

And even from that position of privilege, it was crushing.  I’ve seen so many people from working class backgrounds leave the arts because it’s so painful and degrading, especially as you get older and wiser and come to understand that the playing field isn’t level.

Being able to live with my parents was an unfair advantage I had.

Someone who’s dad can pay their rent for a year while they schmooze the industry in London is another.

Someone who’s best mate from private school is now running the theatre where they want a job, or their play commissioning, or to make a funding deal with, is another.

Even in open competitions – which should be totally fair, if the selection panel is made up of people who’s qualification to judge comes from having done multiple degrees and internships in London and New York, then work that doesn’t cater to an upper class / academic / industry audience isn’t going to stand a chance.

Nepotism and classism is built right into the bones of the industry, and great artists making brilliant, urgent work, have been forced out by it.  It’s devastating.

PREPARE FOR A COMMUNO-ANARCHIST CLASS WAR!

Okay, setting aside class war doomsaying for a minute:

Consume the kind of work you want to make, and – personal opinion here – don’t limit your references by medium.  For instance, the references I sent Box of Tricks in the early stages of working on our stage play The Priestess included AMC’s The Terror, the 90’s anime Revolutionary Girl Utena, a documentary about The Wainuiomata exorcism, and the absolute masterpiece of a video game named Disco Elysium.

Get inspired, try and shut out the idea of what you’re ‘supposed’ to make, and make what you believe in.

That’s my creative advice…  Now back to class war for a moment:

When you’re starting out, and people are offering you those low paying or no-paying gigs, even though it’s an unfair system, you’re gonna have to take some of them if you can – both to hone your craft and grow your experience, and to build your reputation.

But if you’re not getting paid, be mercantile about what you are getting out of these experiences.  I weigh up projects on three vectors: Is a project doing anything for me professionally, creatively, or financially?  I will absolutely still work for free on projects which are important to me, and with collaborators who feed me creatively, and I’ll work for very cheap on projects that I know will be good for my career or my development as a writer.

On the flip side – be generous and kind to others in the industry – if you can.  Many of them are facing the same struggles you are, and working against the odds to make something they’re passionate about.  Listen to other’s voices, work really hard, be kind, and you’ll be someone that people want to work with again.

What projects have you got lined up and what are you getting excited about in the next 12 months?

The big one is the sharing of the Screen/Play projects!  We have two rehearsed readings coming up for the stage and screenplay of The Priestess, a trans coming out story crossed with a psycho-sexual horror.

The next closest project to my heart is Billie The Kid, a musical that I’ve been developing for years with my best friend Gez Mez, and our Hot Shot Industry Daddy Director Kerry Kyriacos Michael.  It’s all about being queer and poor and desperate to survive, and it’s gotten really really good over the last couple of years…

I’m also currently working on my fourth episode of EastEnders!  The process of jumping into the world of soap has been terrifying and brilliant and is a fantastically collaborative and exciting way of working.

Finally, I’m working under artist Aay Liparoto on their project, Small Acts of Violence which explores violence within intimate AFAB-on-AFAB relationships.  It’s a very emotionally tough gig, but a brilliant and urgent piece of work.

Rehearsed readings of Priestess by Conway McDermott and Dead Boys by Sarah Tarbit – joint winners of our Screen/Play Award in partnership with Sky Studios – will be at HOME MCR on Saturday 5 February. Full details can be found here: Screen/Play Sharings 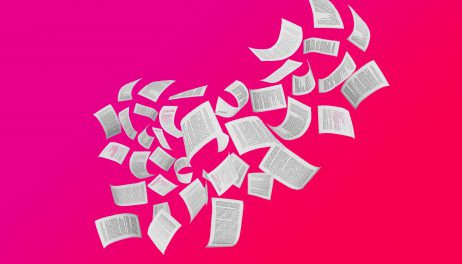