Hello, I’m Naomi Sumner Chan a Manchester based playwright, poet and theatre maker. Throughout 2017, Adam and Hannah from Box of Tricks were my mentors while I took part in the National Theatre’s Step Change Programme. During my time on Step Change I was exploring how to move from working in Participatory Theatre and Community Engagement to working in new writing and literary development.

What is Step Change?

Step Change is a professional development programme run by the National Theatre in partnership with other theatres across the country. This year’s partners have been Bristol Old Vic, The Lowry and Live Theatre in Newcastle.  It’s a national programme for professionals seeking to advance their careers in arts management  or change direction within the theatre and cultural sector. Focusing predominantly on arts administration roles, Step Change expands the range of opportunities for those hoping to make a transition within or into the arts, especially those who are overlooked or underrepresented.

What drew you to theatre in the first place?

I found the transition from primary to secondary school quite hard as everyone was bigger and cooler than me. Being the only Chinse girl in school I was an easy target for bullies so lost confidence and became quiet just keeping to myself. The weekly drama class in Year 7 was the only time I felt safe and confident at school as it gave me the chance to be someone else. The teacher  realised I enjoyed performing  so got me involved in school productions which helped me make friends and have an identity at school.  When I was sixteen I was given a summer holiday job with a local theatre company devising a promenade performance of Gulliver’s Travels with children living in Teesdale.  This experience combined with joining the National Youth Theatre the following year led me to apply to do a performing arts degree at LIPA because I knew I wanted to tell stories with children and young people.

Why do you now feel the need for a new direction?

I’ve been slowly changing direction for a while now. My last “proper” job was Community Engagement Officer at The Lawrence Batley Theatre.  After working in that role for several years it felt like the next step was to be Head of  Department and spend all day at a desk doing funding applications & budgets which looked boring! I wanted to stay creative and MAKE work so I quit my job, started writing and producing my own plays on the Manchester independent scene (which meant writing a lot of budgets and funding applications haha!). However, I don’t want to just promote my own voice. I have spent years working in community settings with diverse groups enabling them to tell their stories but know that very rarely are these stories given a platform beyond the local community.  I realised that certain voices and certain stories weren’t being told on the main stages of British theatres and I didn’t like this separation so decided to try and get into the “mainstream” industry to make it more inclusive.

After graduating from LIPA in 2005, I hadn’t found a job and had to move back in with my parents in Teesdale where it felt like a million miles from anywhere fun and even harder to get a job.  I went self-employed, ran a few arts projects before feeling thoroughly discouraged, giving up and deciding to study Theology instead! So in October 2006 I came to Manchester to do an MA in Theology, Culture and Society at The University of Manchester with the aim of joining the Religion and Ethics department at the BBC. Unfortunately I messed up my BBC interview by declaring “I don’t have a T.V.” but stayed in Manchester anyway. It’s a great city with something for everyone, for me the fact there’s so many producing theatres nearby like The Royal Exchange,  HOME, Bolton Octagon and Oldham Coliseum is brilliant.

Why choose Box of Tricks?

Being Manchester based I’ve been aware of Box of Tricks for a while. I saw Plastic Figurines at The Lowry a few years ago and have attended a directing workshop led by Hannah. Earlier this year Adam directed a rehearsed reading of a short play of mine for a Manchester ADP event at Oldham Coliseum around the time I was looking for a Step Change mentor.

I thought Box of Tricks would be great mentors as they’re a well established new writing company with over ten years experience producing and touring new work so they’d have a lot of wisdom to share. A particular draw for me was that the company focuses on finding new voices and working with emerging writers which is the kind of company I want to run in the future. I also chose Box of Tricks because they’re a small independent company not based in London which was a good contrast to my other mentor, Ola Animashawun, from The Royal Court.

Adam and Hannah have been really generous with their time and knowledge answering my many questions with practical advice about HOW to approach different production tasks and work with writers.

What’s next for you?

I have been commissioned via the Eclipse Slate programme in partnership with York Theatre Royal and Pilot Theatre to produce my play SAME SAME DIFFERENT, a verbatim play about adoption, identity and belonging. While a lot of adoption narratives focus on the adoption process or adoptive parents here the adoptee voice is front and centre.

Recently I’ve been attending the Northern Voices writers group at BBC Media City so early 2018 will be spent writing a TV Drama spec script which is something I’ve never done before. 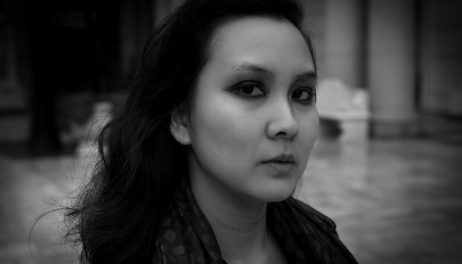 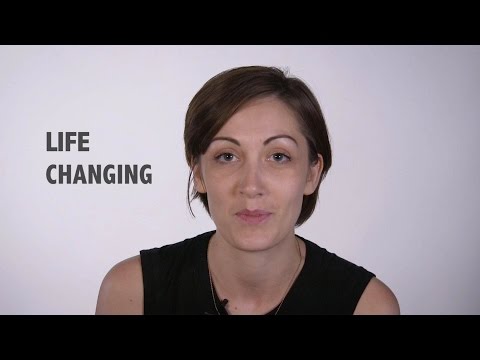