Ahead of NARVIK launching at the Playhouse Studio tonight, have a read of an interview with Joint Artistic Director Hannah Tyrrell-Pinder…

Narvik is a play about one man’s experience of war and how those few years have shaped the rest of his life. It’s also a play about memory and the fact that we don’t necessarily get to choose which people, places and images stay with us throughout the years – some ghosts refuse to be laid to rest no matter how hard we try.

What made you want to you to commission this play?

I wanted to commission Lizzie to write a play where music and text were of equal importance as I was excited by the prospect of working with a playwright/singer/songwriter. When I approached Lizzie with the idea of creating a play with songs she responded with the idea behind Narvik – an exploration of wartime and memory. A particularly exciting, and unexpected element of the play is that Lizzie will be performing in the piece as a musician, something she was clear about from the very project’s inception.

Why do you work with new plays?

I think working with new plays is a particularly rewarding experience as it’s a genuine collaboration between writer and director – you’re both on a voyage of discovery throughout the development and rehearsal process. I also like the fact that a new play is a totally blank slate for all the creative team and the actors, no-one has to forget or ignore previous productions of the work or try to be innovative for innovation’s sake, our only job is to serve the text and the playwright’s vision.

How does Narvik fit in with your previous work?

I think there’s a definite through-line to the plays that I’ve developed and directed with Box of Tricks. The same themes crop up time and again: trust, betrayal, intimacy, vulnerability basically all the perils and pitfalls inherent in being a human having relationships with other humans!

I think I’ve got the same hopes for an audience’s relationship to Narvik as I would have for any play I’m directing – that they connect with the characters, and care about their fate and that the themes of the piece in some way cause them to reflect back on their own life and experiences. And, obviously I’d like them to enjoy their couple of hours in the theatre and in the case of Narvik come out humming some of the songs!

How did you get into directing?

I directed my first piece of theatre while at sixth form, did some more directing at university and after graduation went to Mountview to study on their Postgraduate Theatre Directing course. I had a pretty clear idea of the career I wanted to pursue from a relatively early age so tried to plan my route into theatre, making the most of the opportunities that presented themselves along the way.

I really like watching my productions, seeing the shared vision that you and the playwright (along with the cast and creative team) have developed over weeks and months come to life is just wonderful. It’s obviously nerve-wracking sharing productions with an audience for the first time as you don’t know whether they’ll share your love of the piece, but watching a good performance of a show you’ve directed when an audience is really connecting with it is just brilliant.

I think the best piece of advice I was given early on was to get actors up on their feet as soon as possible in a rehearsal process. Although I do a lot of textual analysis in the rehearsal room I’m definitely someone who learns by doing, so it’s only when actors are given the chance to move around and start to inhabit characters that I really see a play come to life.

Why should people come and see Narvik?

People should come and see Narvik because it’s a beautifully written play by a talented playwright with the added bonus of some gorgeous live music – what more could you want?!

What is next for Box of Tricks?

After Narvik Box of Tricks will be working on our first ever site-specific rural touring piece – Chip Shop Chips by Becky Prestwich. It’s a play we’ve been developing with Becky for a while and we’re really excited to be taking our work out to new audiences, and having the excuse to eat plenty of fish and chips in the name of research! 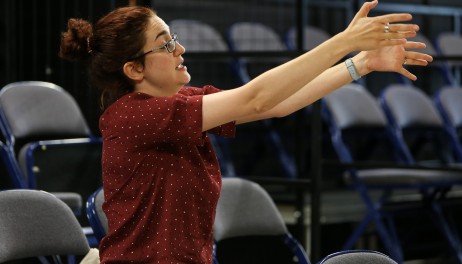 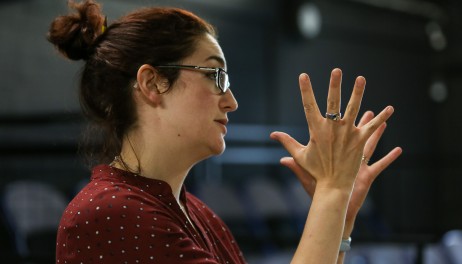 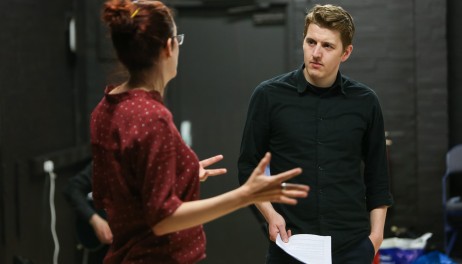 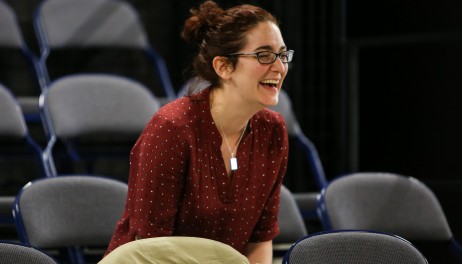